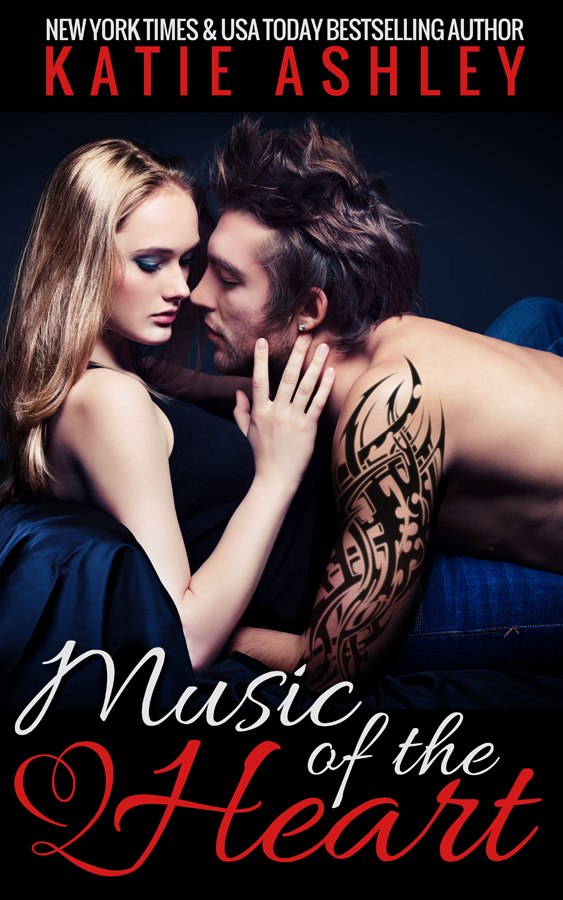 Music of the Heart

For Abby Renard, the plan was supposed to be simple—join her brothers’ band on the last leg of their summer tour and decide if she’s finally ready for the limelight by becoming its fourth member. Of course, she never imagined stumbling onto the wrong tour bus at Rock Nation would accidentally land her in the bed of Jake Slater, the notorious womanizing lead singer of Runaway Train. When he mistakes her for one of his groupie’s, Abby quickly lets him know she sure as hell isn't in his bed on purpose.

Jake Slater never imagined the angel who fell into his bed would resist his charms by promptly kneeing him in the balls. Of course, the fact she seems like a prissy choir girl makes her anything but his type. So he is more than surprised when after betting Abby she wouldn’t last a week on their tour bus, she is more than willing to prove him wrong. But as Jake’s personal life begins to implode around him, he finds an unlikely ally in Abby. He’s never met a woman he can talk to, joke with, or most importantly make music with.

As the week starts comes to a close, neither Abby nor Jake is ready to let go. Can a sweetheart Country songstress and a bad boy of Rock N Roll actually have a future together?

Wendy and I had an amazing opportunity given to us to sit down and get the 411 on Jake Slater from Runaway Train at his recording studio.

At first site, we knew we were in trouble. It's a good thing we've each brought an extra pair of panties.

Wendy- "Hi Jake, it's so nice to finally meet you" *looks at Chrissy*

Chrissy- “Hi, Jake. We’re both so excited for this opportunity to get to talk with you. Can I just say that you’re so much sexier up close. Oh the things I would do to you if you were on the market. Don‘t worry we’ll try not to let our flirtatiousness go overboard here. But for the record can we start this interview out by asking you what we would have to do to steal you away from Abby?”


Jake- *chuckling* Sorry ladies, but that’s just not happening. There’s only one girl in the world for me.

Chrissy- *Sigh*
Wendy- "We figured that'd be your answer, but we had to give it a shot!" *laugh & wink*
"Let's talk a little about Abby and some of your reactions to her. What were your first thoughts when you heard Abby sing for the first time?”
Jake- “I was fucking floored. Seriously. I figured she was just some spoiled girl who had managed to sweet talk her brothers into letting her join their tour. I couldn’t believe such a powerful voice would come out of her."
Chrissy- “ People’s appearances can be deceiving sometimes. You still look the part of the bad boy personified but yet you’re completely faithful. Okay, What was going through your head the moment after Abby told you that she'd fallen in love with you"
Jake- “Although part of me was stoked, the biggest part of me was scared to death. I just didn’t want her to feel for me. I knew I didn’t deserve her—she was just too good and too sweet for an asshole like me."
Wendy- "well, we obviously see you've come to terms with her loving you. It's beautiful the way you both love each other. So how are the wedding plans coming?”
Jake- *groans* “I have nothing to do with all that crap. Abby and her mom are totally
immersed in it.

Chrissy- *Chuckling and shaking head* “I’ll never understand men. Regardless I know you can’t wait for the day to come. I know how much you love to see Abby in a white dress.” *smirk* “ So Jake, Can you give us 5 words to describe your life before Abby and 5 words to describe it now that you have Abby?”

Wendy- "Glad to see you've come so far. What’s your favorite Rock bands to listen to?”

Chrissy- “A few of my favorites also. What are you and the guys working on now?”

Jake- “We’ve just started debuting songs from our new album while on tour.”

Wendy- “Would you sing us a song before you leave us and can we record it?”

Jake- “Lol, I’d love to, but my management is against anything like that.”

Wendy- “Thanks Jake so much for taking the time to sit down with us. We wish you all the best with Abby and the band. Hopefully we'll get to see you live sometime"

Chrissy- “ It was a pleasure to get to meet with you Jake. Thank you for taking time out of your day away from Abby to chat with us. Think you could slip my number to A.J. or Rhys? KIDDING! I’m a married woman. I would never suggest such a thing.” *whistling and avoiding eye contact*

Wendy- "I might suggest it if I could look at Rhys up close for a day."

Wendy and I are now outside walking to the car getting ready to leave the recording studio.

Wendy- “good thing that didn't get too out of control, panties are safe.”

Chrissy- “Think A.J. and Rhys are around here anywhere?”

5 LIPSMACKING STARS!!!!
Those of you that know me know that I’m a sucker for a tatted up, bad boy rocker and that any author that includes these characteristics into a combined package for a character is an Author after my own heart. The amazing Katie Ashley wowed me with Jake and Abby’s story.

Abby Renard, the takes-no-shit, little sister to the band members of a christian rock band, mistakenly ends up in the bed of Jake Slater, The cocky, man whore, douche bag, lead singer of the rock band Runaway Train. Sparks definitely don’t fly at first between them and then after a bet is made Abby decides to stay on Runaway Train’s tour bus for a week. There were so many “I want to jump inside my Kindle and throat punch you” types of moments but there were also tons of “I don’t know how to control this many butterflies in my stomach” moments as well.

Music of the Heart is definitely a book that I could read over and over. It’s believable for one. There are no “fluff” moments in this book just to fill the space. Katie Ashley takes you right to the brink of pure and total bliss just to knock you back a few pegs. Over. And over. And over again. She combines a strong and confident lead female and an arrogant male lead to create the perfect mixture of storytelling. I will be sitting here impatiently waiting to read about mine and A.J.'s  love story.....Erm I mean A.J.'s and Rhy's stories.


I absolutely whole heartedly give this book 5 star and then some. I have never been so absolutely emotionally involved in a book ever in my life.
The book begins with an "accidental" meeting when Abby is supposed to be getting on her brothers tour bus Jacobs Ladder so she can begin touring with them and seeing if being a Rock star is what she wants to do with her life. However unfortunate or not a Roadie directs Abby to the wrong bus and before she has a chance to realize she is on the road with the superstars - Runaway Train. The story begins with a bet, between Abby and Jake the lead singer from the band.
"You're on Runaway Train's bus?!!!!" "Yes," she replied. At his next statement, she snorted. "Well, I've only managed to do the drummer and the bassist so far, but I'm thinking I could get a threesome going and knock out the others. Maybe I'll gang-bang with the roadies when we stop for dinner."

Abby is a sweet girl with an even sweeter voice, but she refuses to take crap from anyone that includes the beautiful cocky Jake…..That is until she sees his vulnerable side
"Handsome? That doesn't sound like the way you would describe yourself." With a grin, he asked, "and how would I describe myself?" "Hmmm, sexy, hot as hell, and panty melting?" I challenged as I handed him a Coke. "Yeah, you're right. Those really describe me better."
Katie Ashley did a wonderful job keeping my emotions running wild, there were a few times I was incredibly worried about the outcome of this book but in the end all turns out well…..the way it is supposed to. I laughed, I cried (a lot I might add) but I could not put this book down. I was super happy that this book gave me the whole story because honestly I don’t think I could have waited around for the sequel. This book is definitely worth the time!!

Katie Ashley is the New York Times, USA Today, and Amazon Best-Selling author of The Proposition. She lives outside of Atlanta, Georgia with her two very spoiled dogs and one outnumbered cat. She has a slight obsession with Pinterest, The Golden Girls, Harry Potter, Shakespeare, Supernatural, Designing Women, and Scooby-Doo.

She spent 11 1/2 years educating the Youth of America aka teaching MS and HS English until she left to write full time in December 2012. 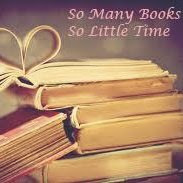